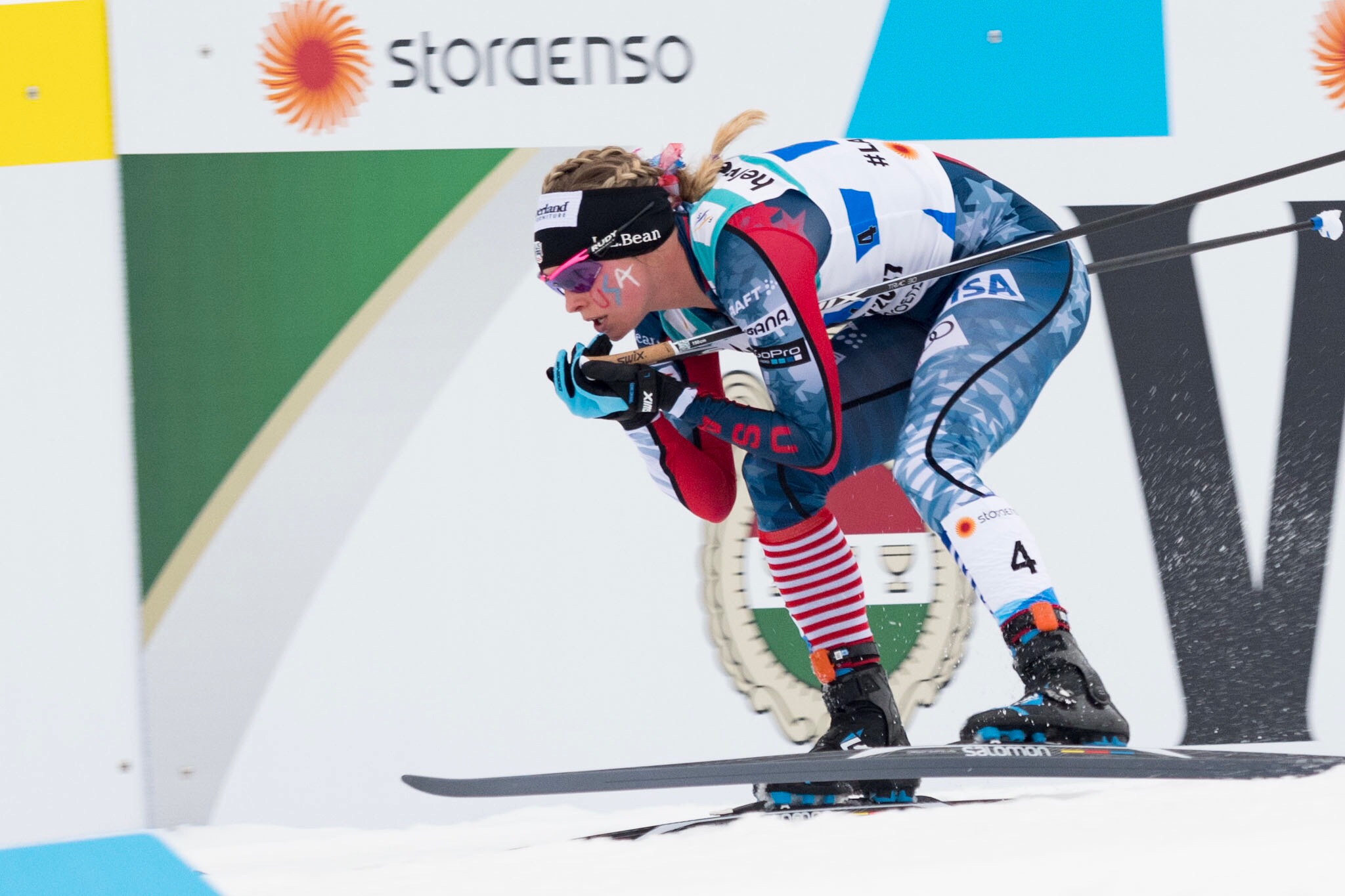 The last 3 races in Europe!

The 2017 World Championships were such a positive experience for me. There were many highs, many lessons learned to take into the Olympic year, and many inspirational moments seeing my own teammates as well as friends from other teams have breakthrough days and, even more inspiring, continue to push through and find the positives even when the performances weren’t the ones you hoped for. It doesn’t take a hero to be happy when you’re on the podium, but it does take a hero to handle the uncertainty of whether you’ll get a race start with grace and to handle a disappointing race or unexpected crash with sportsmanship. For example, the 4×5 relay. Were we hoping to finally make that World Champs podium as a team? Of course! And it was hard to once again be 4th place. But instead of feeling defeat, we came together, got re-invigorated by it to work even harder, and celebrated the fact that now 4th place isn’t satisfying enough for us. That is a great place to be in, and we worked hard to get there.

And that’s why I’m so proud to be a part of this team, because I’m always surrounded with inspiring individuals working together to create this atmosphere where we’re psyched with good races and celebrate the little things, but also handle disappointments with class and lift each other up in hard times. It’s already got me excited for next year and the Olympics! Taking off as fast as I could while hearing Liz yell “GOOOO!” (photo from the Shinns) In the 4x5km relay, we had Kikkan, then Sadie for the classic legs, then Liz and I for the skate legs. Everyone skied so well, and our skis were great. We were always just out of contention with the top 3 teams but solidly in 4th place. I charged out on my leg as hard as I could, knowing that the only play I could make was to hope that Stina and Krista would play some cat-and-mouse games and give me the chance I needed to catch up. But unfortunately for me, they were really smart and worked together, and after charging out hard I ran out of gas on the final 2km. But when I crossed the line the whole team was waiting for me with open arms, and that’s the best feeling in the world, getting to ski right to your team and process the highs and lows of the race together. Team huddle after the relay (photo from Zuzana Rogers) Proud of each other and already looking forward to the next one! (photo from Tom Kelly)

Then it was time for the last race of the Championships, the 30km mass start skate! I was so excited for this and also totally unsure of how it would go, as we hadn’t done a 30km all year! Great shot of many of our techs celebrating! (photo from Rich Narum)

It was incredibly fast, icy snow and because of that the lead pack stayed together for almost the entire race, which is kind of a rare thing in women’s racing! But at 28km when I was still with the leaders I looked around going “wow, I actually stand a chance to podium at this thing!”. I knew where Marit would make her attack on the course, because I figured if I was her that’s where I would go, too. The only issue was that in the km before the long uphill, it was a winding flat and I had been chilling at the back of the pack. I wasn’t able to get around into a good position so when we rounded the bottom corner and Marit made her break, it took me a while to start getting around people and by then she and the other Norwegian girls were gone. This was completely my fault for not foreseeing the issue of getting into position 2 km BEFORE the break would happen, and it’s a lesson I won’t forget. I was stuck behind Krista as the bridge was only one skier wide, but we had an exciting sprint out together and I was thrilled to finish 5th for my best 30km result ever! I had so much fun during that race, that I was actually smiling on course. And when I crossed the finish line I just wanted to do it all again, especially knowing that I had more energy in the final 1km than I was able to use! Which is good, because it keeps me fired up for races to come. Snagging a feed during the 30km (photo from Rich Narum)

Chelsea Holmes had an incredible breakthrough race with 13th place, and it was so fun getting to cool down together and talk over the race and what we learned from it! It’s always so cool to see someone lay down an amazing race, especially when they’re your teammate! Again, I want to give a huge thank you to our amazingly hard working staff, coaches, volunteer physical therapists/massage and doctors for all their hard work making these races possible for us! Ok, so he’s holding the wrong ski in this photo, but it’s a great candid shot of my coach, Cork! (photo from Liz Arky) Trying to bring “the backstreet boys look” back in style – Kikks, me and Sadie doing a cheesy medals shot with Getty Images.

After World Champs, we flew to Oslo for the last two races in Europe of the season! My plan was to race the Drammen city sprint and then go home for 5 days, to prepare for Quebec City finals. I figured a 30km, sprint, then another 30km in 8 days might be a little too much. 🙂 Sadly for me, Drammen didn’t go too well. I had amazing skis and felt like my fitness was at a great place, and it showed in the qualifier. But in my quarterfinal rounding the final corner someone accidentally kicked my pole and it broke off near the bottom. It was an accident, and that happens in sprinting, but it still stinks when you have to ski 100 feet to a new pole and then catch up to the back of the group by the finish line! But, I was proud of myself for never giving up (had there been another crash or pole break I needed to be close to be able to benefit from it instead of giving up and being 50 feet behind) and I was proud of the techs for giving me great skis on a super tricky day with a narrow testing window on course.

Then, I came HOME! I’m really close with my family and being able to be at home for a few days, have family dinners again and meet the new little Brittany puppy, Napoleon (“Leo”), was amazing! Home to initially no snow, then a beautiful white cover! “Leo” is very curious about this white stuff on the ground. Aw, how sweet! He’s helping me do my taxes! Good boy. Eat it.

Now I’m off to Quebec City for the final 3 races of the season, in mini-tour format! It’s a skate sprint, 10km classic mass start and the final day is a pursuit-start 10km skate. Hope to see many US fans there!