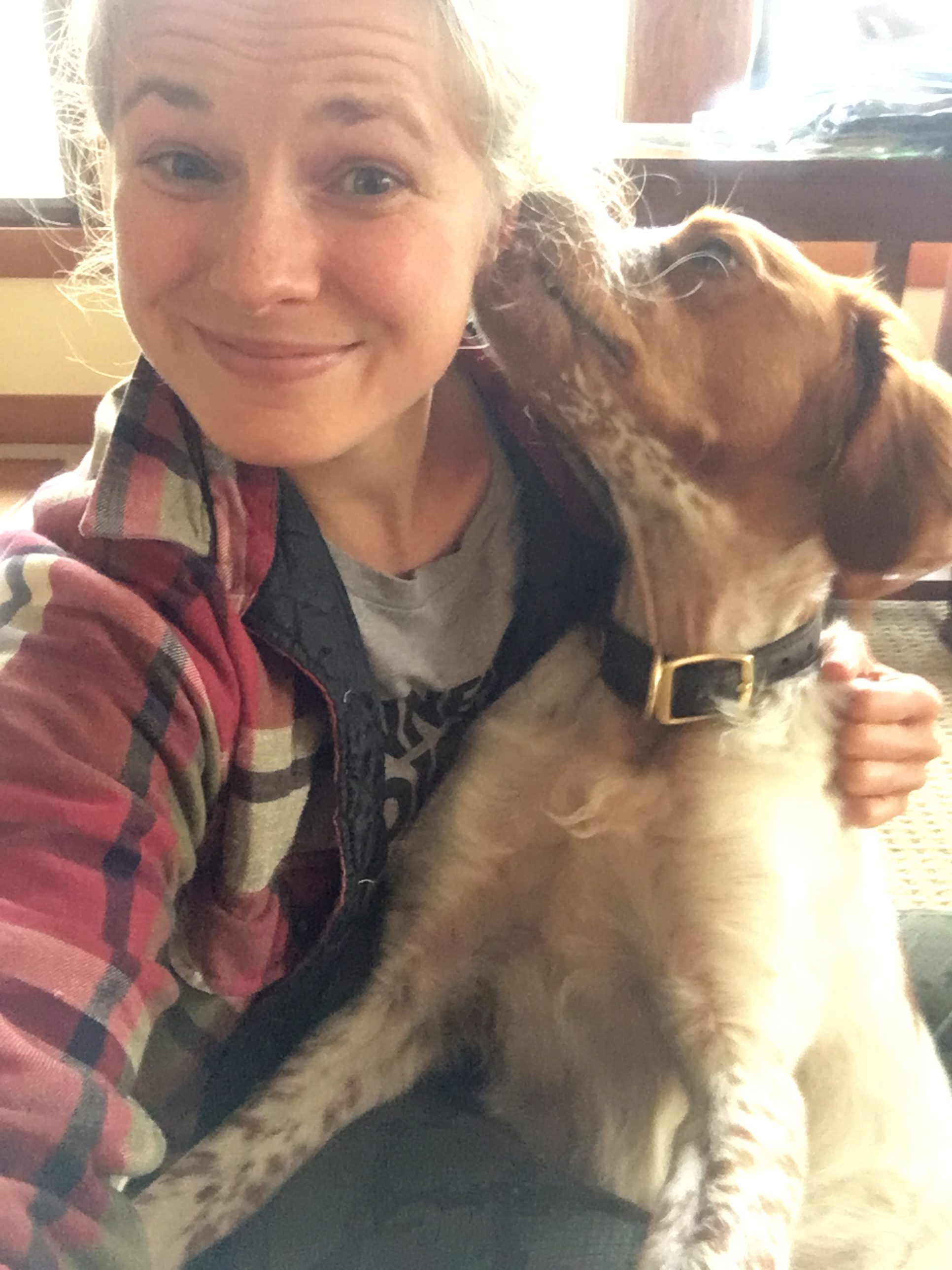 The rest of the team training camp in Park City was awesome, and so were the extra three days I spent in town! It was so fun catching up with friends while still training a lot but winding down the intensity from camp. It makes my heart feel so happy when I get to just chill and catch up with friends that I don’t get to see often enough!

Liz, Sadie and I did a painting class! (photo from Sadie)

Then it was time to zip over to NYC for the annual Gold Medal Gala fundraiser! This is a really important event as it’s the single largest fundraiser for the US Ski and Snowboard team, and it supports all athletes across all sports. This year one of our big supporters donated a jet so that we could get to the ball quickly and save on plane tickets. I was extremely grateful because it meant that I could get in my 2.5 hour roller ski beforehand and not compromise a minute of my training! Besides that being basically the coolest 3 hours of my life, I had a really fun time being taken to the Ralph Lauren flagship store and being dressed by them for the ball. Living up the Cinderella moment! “And who are you wearing tonight?” is something I’ve definitely never been asked before! (photo from Polo Ralph Lauren)

I also had the chance to continue to work on not being nervous while public speaking, as I presented the keynote speech with a video from Kikkan introducing me! It was incredibly inspiring to see all the support for the team from everyone attending. It was also really cool to be able to see the belief and cheering as we head into another season! So thank you so much to everyone who has been supporting the US Ski and Snowboard team!

Speaking to the gala! (photo from Sarah Brunson/US Ski and Snowboard Team) Speaking of fundraisers, I always ask once a year for my team. I train alongside my SMST2 teammates all spring, summer and fall and I’ve seen how hard everyone is working. And this year our advisory board will match up to 30,000 of (tax-deductible!) donations, which is a really awesome and generous thing! 100% of expenses go right to the training, travel, race wax and room/board costs of the team, and every dollar goes a long way to supporting the team (especially since it’s getting doubled by the matching challenge). Supporting this hardworking team is the best gift I could ask for!

You can donate online at this link, or write a check to the address on the webpage: https://smseliteteam.wordpress.com/fundraising-challenge/

The other way to give and support cross country skiing in the US if you’re pumped about skiing and would like to donate, is the National Nordic Foundation. They’re hosting a trip to come watch World Championships in Seefeld, Austria which is a pretty darn incredible place to go ski and watch the races live! Reservations need to be made by October 31st though in order to hold the hotel rooms, so get on this one fast if you’re psyched to go watch the Championships in February! Check out the details HERE. Or, you can donate the the NNF at THIS LINK! Hanging out with last year’s NNF trip to Seefeld! (photo from Garrott Kuzzy/Lumi Experiences, who is leading this year’s trip as well!)

When I got home to Minnesota, I immediately started baking my Dad’s special birthday cake within 20 minutes of getting in the door. Priorities, doncha know! I look forward to these family dinners as I don’t get as much time with my parents and sister anymore, but we’re really close so it’s pretty special when it works out! I also love getting to snuggle our puppy dog, Napoleon (“Leo”) and he’s getting to be quite the little mushball of love. Getting ALL the love from Leo!

You know what else is just awesome about being back? The training. I love roller skiing around Afton. It’s this amazing mecca for skiers all around the twin cities because it’s good pavement, less traffic, and rolling hills that are perfect for training. And although it’s always felt very athlete-friendly, since the Olympics I feel like we’re even more supported and that people are looking out for our safety out there.

However, something happened this Sunday that really deeply upset me. I was out on a long ski with Kris Hansen, my high school coach and very close friend. When we heard a car coming, we moved to the far right and were skiing single file. We were on a long straight section of road with a hill ahead, but it was obvious that a car could pass with plenty of room left over. But the man driving the car buzzed us so close that I was rocked sideways from the wind. He slowed to a stop, then when we tried to ski by him, he kept driving on the right side of the road so that we were forced to the middle of the road. When we sped up, he sped up. When we slowed down, he came to a stop, blocking us from getting back to the side of the road. I knocked on the window a few times shouting that he was going to get us killed, and he flipped me the finger and turned the music up. It was the most incredible display of aggressive bullying and “I’m bigger than you and I’m in a SUV so I’m going to harass you” that I’ve ever seen in person.

Kris was smart enough to have her phone on her, but as soon as she pulled it out to take a photo of the guy’s license plate, he sped up and took off. I wrote the number in the dirt, and called the cops. They took down my information and then a police officer called me to follow up, and tracked the car’s license plate down. The officer let the man know how not ok it was – and it’s illegal to pass a cyclist without 3 feet of space in Minnesota. The officer assured me that the man had apologized, and I appreciated that the police took my call seriously.

But…it made me feel sick inside. If that guy had been 6 inches closer to us, we would be in the hospital or dead. If a car had come over the top of the hill while he was pushing us to the middle of the road, we’d also be in the hospital or dead. I think sometimes aggressive drivers don’t realize that if they “just tap” a person on the road to “teach them a lesson”, they could become a murderer right then and there.

We have a responsibility to stay safe and not create problems for ourselves by being safe and smart on the road. Make sure to ski single file, be mindful of cars, and just use common sense to be safe out there. We want to keep Afton a friendly place for roller skiers, and not give anyone a reason to dislike us. But sometimes even when you’re doing everything right, there are terrible drivers out there. As the police officer said, if they hear about this same driver harassing people again, they will be able to take next steps.

So ski with a phone in your drink belt! If someone buzzes you or does anything close to what this guy did to me and Kris, call 911 right away and report it with their license number. The police have this guy’s address on file so if it happens again, he’s going down.

On the plus side, I had so many more positive interactions to outweigh this one crazy driver. One person passed with their windows rolled down, cheering for us and waving. Another slowed down to shout “good job!!!” as they went by. Everyone else passed with what felt like 5 feet of space, and I felt so safe in my hometown. Let’s keep it that way! Getting ready to pump up the fans! (photo from the Vikings)

Last but certainly not least, I had the extremely fun chance to get back together with the Vikings team! I was brought in to speak to the players and staff before leaving for Park City camp, and it was an honor to share insights from sports psychology and race day observations from my sport with the team. On Sunday night, I came back with family and friends to the home game and got to lead the crowd in the “skol” chant before blowing the giant Gjallarhorn to start the game. I got goosebumps from the noise alone! Quick chat with the players during warmup…these guys are so awesome. (photo from the Vikings)

Let me tell you…hearing over 66,000 people shouting “skol” is some straight-up Game Of Thrones stuff. And now I’m here training hard and speaking at a few more events before leaving for Finland on November 12th!